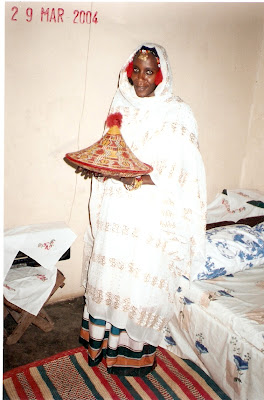 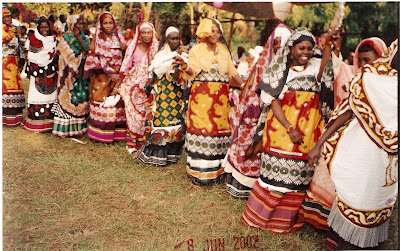 RE. Nubian Kakwa Dance at sister Khadijas Wedding & the picture, on wedding dress are sister Khadija herself. in first group photos were, sister Fatuma,br. Muzamil, khadija and her husband. all Muslims Community back home, in bombo Uganda, & Humburg inEurope. Bravo. January. 29-2008. I Salute you all. Peace,Love,Unity. you are all members of Ugandan Muslims Association.
Posted by UGANDANS COMMUNITYCANADA. NORTH AMERICA. at 7:00 AM

The Restoration of The State of Lado

Lado People will Stand Firm to see that the Lado Sovereign Nation State is Restored with its Original Boundaries from 1887-1907, and the State of Lado is Recognized by the U.N. and the World Community For much too long the Oppressors have Occupied, Raped, and Erased the African History, but the Lado People are beginning to find and recognize their Rich Cultural Heritage as the Ancient Kingdom Created on the Remnants of the Old Egypt as early as 700 BC, when Lado was founded under the name "Ladoland" and on 9 May 847 AD when the Modern Lado was Established." The Days of Imperialism and Colonial Power are gone, and a New Age of Freedom and Independence is Emerging. So is therefore the Freedom of Lado.

The Powers who have held Command of the World for the last four hundred years, are losing their Hold of the World, and the African Nations want to Write their own History.

Success Stories throughout Lado now is such as the Lado initiative to stop Oil Drilling , the UK Indians ' Plans of Sugar Plantations and the Colonial and Corporate Plan to turn Lado into a Giant Pig and GMO Soya Beans Farming Area, which would have resulted in Widespread Pollution, have given the Lado People the Courage and the Determination to fight for what they Believe in.

Though Lado is kept in Stranglehold of Joint Illegal Occupation since 1947 : -

(a) the French Speaking Lado to the West ( Belgian ), and

(b) the English Speaking Lado to the East ( British ),

However "This Act of Occupation alone is not consistent with the Treaty of Berlin 26 February 1885, Articles 6, 12, 15, including 34. the British/Belgian Occupation of Lado was not translated into complete Colonial or Protectorate Status by Treaty signed by the Agofe of Lado . Which means the European Colonial Masters can not inherit Lado which therefore still exists as a Political Entity and as a Nation State of Lado. However, it is a Fact that the State of Lado is an Occupied Territory, first by the Ottoman Empire (Turkey) on 26 May 1871, and by Belgium-Britain jointly from 15 May 1947."

By standing firm and demanding its Right to Exist and to be Recognized as a Sovereign Nation State by the International Community, Lado has stood out as a Beacon and an Example for the People all over Africa who will no longer tolerate Suppression and Enslavement in their own Homelands .

After four hundred years of Slavery ( during 1440-1840 ) , Degradation and Poverty, the African People were left in a State of Shock. And it is little wonder that they chose to lull themselves into Apathy in order just to try to Survive , creating the present Unrest in Africa as a sign that the African People are Awakening from their Sleep, and are taking charge of their own destinies .

Though African People are Ridding Themselves of their Ruling Elites......... :

What we are witnessing now is that the African People are ridding themselves of the Ruling Elite, who have Betrayed their People, and who have only been kept in Power with the massive Support of the Old Colonial Powers, mainly Britain, France and Belgium, who have and are contributing heavily with Military Expertise and Weaponry. And not least to the pockets and Foreign Bank Accounts of their African Leaders.

In this way, and by creating a Ruling Class chosen from a favoured group or a Tribe / Clan, who got Positions in Power, the former Slave Traders have managed to Divide and Rule and ensure that the African People are kept Enslaved in their own Homelands long since the lucrative Slave Trade was Abolished.

This Policy has led and leads still to needless Massacres and Bloodbaths and Tragedies as the one which happened in Rwanda, which are often referred to as Ethnic Cleansings . However, this covers over Atrocities and gross Human Rights Violations by Government Security Forces who are used to quell any sign of Resistance or Criticism against the Ruling Elite and through Brutal Force these Ruling Elites have managed to keep and still keep their Populations in a state of constant Fear and Obedient Silence .

To the Extent Ruling Elites have been Rigging and will continue so to rig Election Results .....

Up till now these Elites have even got away with the Rigging of Election Results, which have not only taken place in our neighbouring country Kenya, but also has been the Order of the Day in Ugandan Politics where the President still reigns Supreme with the Backing of Britain and Britain's Scandinavian Allies who will gladly Support Uganda to suit their own Interests .

Uganda has for many years been the ' Darling ' of the Anglo - American Powers and their Scandinavian Allies, who are Running and Controlling the Ugandan Administrative System, and in this way are in a position to use Colonial Uganda as a Stepping Stone to take over and usurp Lado's Natural Resources and Drive out the Inhabitants : The Lado People who have become Refugees and ' Displaced Persons ' in their own Homeland.

This situation has become Intolerable to the People of Lado, and they have started to take matters into their own Hands, and to Stand Up for their Rights and for what is rightfully theirs. Like their Neighbours in Northern Uganda, the Local Lado People have Bravely Protested and Fought the Ugandan Government, who had made a Deal for the Sale of Virgin Forest Land to a Canadian Lumber Company.

Posted by LADO to ugandan-community in canada at 6:12 AM

JEDDAH: Makkah Gov. Prince Khaled Al-Faisal will sponsor a special exhibition titled "Al-Faisal, Witness and Martyr" at the Jeddah International Exhibitions Center here tomorrow.
Jeddah is the third station after Riyadh and Abha to host the exhibition about life and achievements of the late King Faisal in pictures, films and manuscripts. The show, organized by King Faisal Center for Research and Islamic Studies (KFCRIS), will continue for 45 days.
Prince Turki Al-Faisal, chairman of the board of directors of the KFCRIS, said he expected a large turnout.
The prince said the exhibition aims to educate the new Saudi generation about King Faisal's struggle for the development of his country. He added that the exhibition would display photo-documented data about King Faisal's trips abroad and also about his political stances on the local, regional and international issues.
He said the organizing committee was keen to hold the exhibition during the months of Shawwal and Dhul Qaadah to coincide with Haj and Umrah and said there will be a morning and an evening visiting periods.
Prince Turki recalled that a scientific seminar on the history of King Faisal was organized by King Abdul Aziz Museum when the show was first opened in Riyadh.
"This was the second seminar of its kind to be held by the museum to highlight the history and achievements of the sons of King Abdul Aziz, the founder, and their efforts to develop the Kingdom and promote the government institutions," he said.
Abha, capital of the southern Asir province, was the second stopover for the show, which was held at the Crystal Hall of the Palace Hotel from Aug. 1 to the middle of September and was visited by more than 33,000 people, 78 percent of them youths.
Prince Turki said a number of students and researchers who were interested in the history of the late king visited the exhibition in Riyadh and Abha. He added that the Jeddah show would shed more light on the history of a great leader who served the Arab and Islamic nation and supported its just causes.
Prince Turki described King Faisal as one of the great historical personalities who started his effective military, political and administrative contributions at an early age benefiting from teaching and guidance of his father King Abdul Aziz.
He said the exhibition will portray the entire life of late King Faisal from the time he entered into politics in the 1920s, covering the period when he was the representative of his father in Europe at the age of 13 to his ascent to the throne in 1964 until he was martyred in 1975.
"There will be rare photographs of the late king and videotapes showing various stages of his life in addition to some of his personal belongings and some manuscripts of his own writings," he added.
Prince Turki said the visitors would have a chance to have a look at the meetings between the late king and his people to see for themselves how close he was to his citizens.
"The exhibition will also be a live manifestation of King Faisal's unflinching political support to the Palestinian cause and his strenuous efforts for the unity and solidarity of the Muslim Ummah," he said.
Prince Turki said the exhibition would afterward go to Dammam, then to other stations inside the Kingdom before it is taken to the GCC and other countries of the world.
He said the visitors could obtain whatever information they may require about King Faisal in writing and in photos and manuscripts.

how are you today?